I really love that at our size, TES is making a positive difference in many peoples' lives. 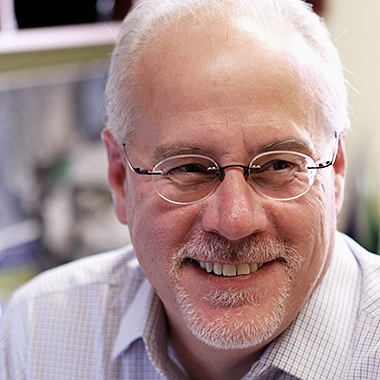 Larry and I found ourselves working side-by-side at a large design/build contractor and became close professional and personal friends. We spent many late nights and weekends brainstorming projects…

How did you arrive in this business?

My dad was an engineer and now the manager of a large plant that made cranes and monorails for industrial clients.  I’d work there during the summer and early on as a grass cutter and admire the office workers in their nice clothes. Later on, I got to work in the engineering office and admired the engineers ability to design.

I researched the various engineer career paths and really liked the engineering of buildings, so that’s the path I chose in college.  Architecture was too scary creative-wise.  I targeted the closest consulting engineer and finally got my first job in this industry.  The firm did mostly industrial projects.  I started in the structural engineering department, moved on to surveying for a while, then took a few classes in industrial ventilation and HVAC.  The economy slowed and so did the firm, so I sent out resumes to every PE on the Ohio PE list and finally found a job at a firm with an entirely different industry specialization: retail developers.  The shift from industrial to commercial was radical. I found myself even feeling somewhat offended by the lack of information we provided, but with time I learned to appreciate the change.  I met Dieter as a fresh college graduate and we collaborated on a complete rewrite of the company’s master specifications and birthed the Monday morning PM meeting.

Larry and I found ourselves working side by side in a large design/build mechanical contractor and became close professional and personal friends.  We spent many late nights and weekends brainstorming projects or celebrating the latest sales success.

After Larry started TES, we still spent many late nights and weekends brainstorming projects together, but now it was for US!  I joined the firm after Larry had acquired a significant share of a large industrial project/client with none other than guess who? DIETER!  Larry worked that project while I took on most of the other projects.  We really took off in 2001 when we were hired by CBL and Simon for projects all over the country.

What are you known for professionally?

Turning over every stone. Thinking like the building owner and a contractor at the same time.

What do your clients say about you?

Tenacious, reliable, trustworthy, “has my back”.

What are you most passionate about professionally?

Getting it as right as we can given the normal limitations of the built environment. I like to be very aware of my client’s business drivers and mold my services to them.

What are you passionate about personally?

I really love that at our size, TES is making a very positive difference in many peoples’ lives.

What’s your favorite way to spend a Sunday afternoon?

I love to hang out with the family.  The boys and now granddaughters are a riot.  Beyond that, I also love to tinker around the house.  Whether it be gardening, electrical upgrades, floor upgrades or even painting. It’s fun to see the effects of my efforts.

Where did you grow up and why aren’t you there now?

I was moved from Chicago to Avon Lake due to my father’s promotion from salesman to sales manager.

Any volunteer activities you’re crazy about?

I enjoyed my six years on the Lorain County Red Cross board and look forward to having the time to volunteer again in the future.

What would be impossible for you to give up?