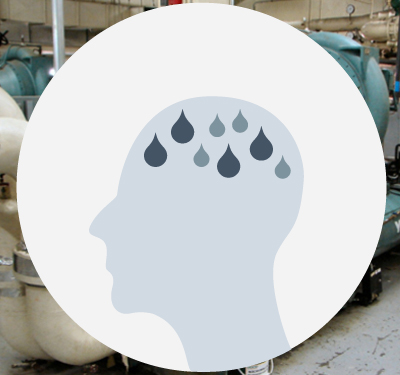 Comfort Issues: Get the Correct Correction

Posted by Bob Schneider on in Facility Operations

Many spaces on the same HVAC system experience comfort issues: Either it is too hot, too cold, or sometimes a mixture of the two. If a client asks you about this type of problem, airflows are likely to be the cause—but calling a contractor to perform an air balance isn’t the first step of the solution.

Years ago, HVAC system design was done based off industry standard rules­-of-thumb. This was done primarily due to time constraints, as space­-by-­space load calculations for each unique building space are immensely time consuming. To do a job to this level of detail was unrealistic in the time frame typically required. While these rules­of­thumb may have provided a relatively comfortable space, they had an amazing potential for error.

Now add in the enormous amount of technology that has become a part of everyday life. For example, 30 years ago, bank tellers were still using book ledgers to keep track of customer accounts. Now, everything is a computerized process. This additional technology at a workstation also means additional load and an increased need for airflow.

So, when a contractor is called in to perform an air balance to original design conditions, it does not fix the problem. Instead, the building just gets set back to the original conditions which, if not originally flawed, are certainly inappropriate for modern use. And the comfort problems remain.

This is exactly what happened for a few of our clients, who initially called TES Engineering to diagnose HVAC system issues. Air balances had been performed in a previous year to alleviate comfort issues—but they did not work. We performed space­by­space load calculations for the buildings under current operating conditions, and provided new airflows at which to balance the diffusers. After new air balances based on our calculations were performed, improvements were immediately seen. One client sent an email of thanks just two days later, reporting that things were working perfectly, and we had put an end to the office thermostat wars.

To really fix these comfort problems, it is absoutely necessary to call in an engineer to evaluate the system performance BEFORE calling a contractor. Or at the very least, work with a preferred contractor who has engineers on staff. An engineer will provide the corrected design conditions and solve the problem from the first, rather than wasting time and money by calling the contractor in twice.